Who's to Judge? The Dystopian Future of Grading People's Characters 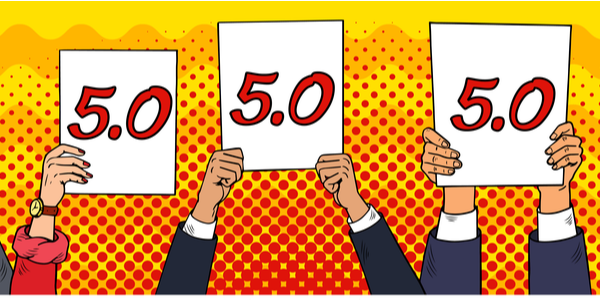 One of the quirkier phrases I grew up with was mom-meter.

Mom-meter just meant using your parent’s generation as a barometer for public opinion and ideas. An utterly unscientific concept, but it does provide insights about how that previous generation views the world.

As a simple example, ask a non-technical parent about how they view one of the recent high-profile data breaches that hit “civilians” directly, like with Colonial Pipeline and $7 a gallon gas in North Carolina. There may be insight there, but at minimum it’s another perspective you might not have considered. Their feedback provides some insight into that particular generation’s angle.

There's no phrase for it yet, but I am desperate for one articulating what teenagers do as a barometer, and hope someone could drop some proposed terms into the comments of this piece. “Teen-meter” just doesn’t have the right ring to it.

I'm thinking generally about technology and specifically privacy issues from that age group, and how they perceive and address it.

In the past, I heard about some teenagers moving from Facebook to Instagram since the latter was perceived as being more private. Heck, I didn't say the insights were accurate, just really a relative metric. But it’s a useful insight about how they are thinking.

Out of second-hand advice from teenagers, I watched an episode of Black Mirror on Netflix entitled "Nosedive", which reinvigorates my search for such a term.

Nosedive is a 63 minute episode from a Netflix show called “Black Mirror” that aired in 2016. The episode reflects on a world in which social ranking is a constant, virtual reality overlay in everyone's day-to-day life. The majority of people partake in grading others in their social interactions as they occur, which shapes conversations and transactions of all types.

Those grades, on a scale up to five, have real consequences. Apartment rental rates, access to privileged facilities, the type of rental car or flight available is all determined by an individual's social grade.

Yes, this means that little surveillance appendage known as a "cell phone" is never far from most people's reach, and disturbingly, the quest for a higher social grade forces self-censorship and the constant fear of being downgraded.

Bryce Dallas Howard plays the main character Lacie Pound. The older crowd may recognize Howard as the offspring of a star from another era, Ron Howard. Your mom-meter might be useful for that reference.

Lacie is enthralled by the social grade game. Obsessed with attaining a high-four grade drives a wedge in her relationship with her brother, and causes her to join in ostracizing others who could negatively impact her score.

Her character unfolds convincingly. Her bubbly and chatty demeanor hits bumps as the episode develops, but Lacie persists in striving for a higher score, and gambles on it while pursuing an upscale apartment.

Without giving away too much, life unravels for Lacie just when a higher social grade seemed within reach.

A truck driver named Susan, played by Cherry Jones, picks up Lacie in desperation and recognizes Lacie's trajectory, and relates similarities to her own past. Susan provides foreboding advice which marks the beginning of Lacie's transformation.

There are large costs to being a "Susan" with her sub-two social score, but it's easy to identify with her iconoclastic swagger.

The final scene shows Lacie no longer imprisoned by the social grading matrix as she releases her true emotions. Her outbursts contrasts an allegedly perfect world with the normal mosaic of the human personality.

Some might find the episode somewhat dated in 2021, but I think it has aged well. The lesson isn't just about social grading and "mod points" we give and receive.

Grading individuals is less about social interactions today than about the analytics we are mere objects for. From determining insurance rates to credit scores, we all partake in a roller coaster ride which we have no control. The big technology companies market based on "privacy", yet what they really mean is protecting accumulated data from their unauthorized third parties, and monetizing that data with the third parties who provide their revenues.

Nosedive's dystopia world is a very believable world, as we know that surveillance society isn't just ordained from above. Our own behaviors feed into the ecosystem, with enticements embedded with supposedly free services.

Dystopian stories always reflect some mix of optimistic and pessimistic speculation about the future. Nosedive give a heavy dose of both. But that future was already there in 2016, and the 2021 version continues to evolve.

George is a co-founder and CTO of ClearOPS. By trade, George is a systems administrator out of BSD Unix land, with long-time involvement in privacy-enhancing technologies. By nature, he thrives in creating unorthodox solutions to ordinary problems.

Short opinion by Caroline: I liked this blog post by my co-founder, George, but not for an obvious reason. As co-founders, we know each other pretty well. We see eye to eye on many things, one of them being that we do not believe in telling others how to think. Scoring is one person’s opinion imposed on someone else using data. ClearOPS collects a lot of data. Everyone encourages us to introduce scoring into that data. Thus far, we have resisted. We prefer that you figure out your own way to “score” your vendors. Great job, George.

Who's to Judge? The Dystopian Future of Grading People's Characters